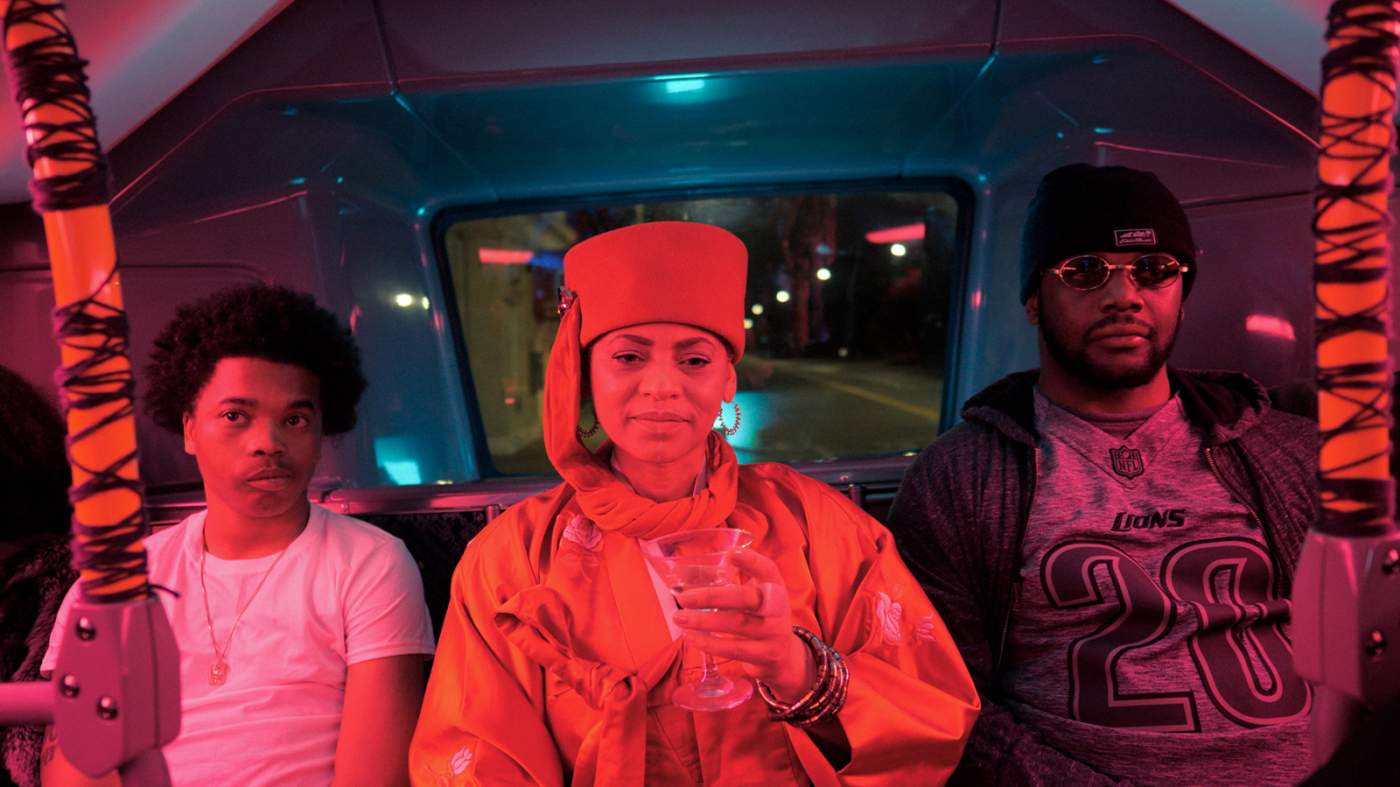 It is impossible not to think about how COVID-19 has imploded our lived realities. The awareness of such informed the curatorial decisions behind this evening of film/time-based art. By titling this series In Media Res: Detroit Artists in Motion, I want to draw attention to Detroit-based artists that I consider to be bold enough to jump, headfirst, “into the thick of” the complexities of time and space: Bree Gant, Melanie Manos, Empress Nikoleta, Troy Ramos, and Ahya Simone.

It is this very grappling with both time and space that I found to be so fitting since COVID-19 has forced us to contend with the meanings we associate with them. How is time a resource? What does it mean to have too much time? Too little of it? How can solitude be measured in time? What does it mean to share time with others? How have we come to mark time, and what have been the consequences?

In Passing Time (2019), Troy Ramos uses technology as a means of exploring how his body is a time-based medium that makes meaning in and through duration. Similarly, Melanie Manos' series of video shorts is a performative meditation on marking time. Filmed in New Hampshire during her time as an artist-in-residence, The MacDowell Series (2013-2014) explores how solitude dilates time and makes it even more visible as a construction that can be stretched, manipulated, assembled and disassembled. How we use our time, in essence, is a form of art.

Space has undergone a similar line of questioning in this moment. Now that many of us are forced to “stay in place,” where do we find ourselves, and what are the politics, histories and memories embedded in our domestic arrangements? What are the spaces we yearn for while we stay in place and how have we attempted to replicate them? How many spaces can we find ourselves occupying at one time?

Empress Nikoleta delves into the contentions of home in A Taste of Honey (2018), which ruminates—and provocatively so—on the social contracts that define the domestic space and encounters between the members of a household. The artist also attends to the ways that the home is not a hermetically sealed space, but vulnerable to the cultural and societal forces that make up the public sphere, from ideologies around gender to the technological cult of celebrity. Bree Gant’s short, Riding with Aunt D. Dot (2015) implodes the very distinction between private and public by exploring city transport as a semi-private space, wherein relationships form just as quickly as they can disappear. But nevertheless, the forms of community that emerge in these spaces can be introspective and intimate. Ahya Simone takes up community and intimacy as the director and co-star of Femme Queen Chronicles (2018-), a web series that portrays the lives of four black trans women living in Detroit. The series does not shy away from foregrounding the very real challenges of black trans womanhood while also situating them within the politically charged landscape of Detroit and the prosaic realities of friendship, romantic love, and making a living.

Putting this film series together has raised many more questions than answers, but the hope is that it provides some inroad into ways of being more mindful of time and space: how we come to occupy them, shape them, and become shaped by them.